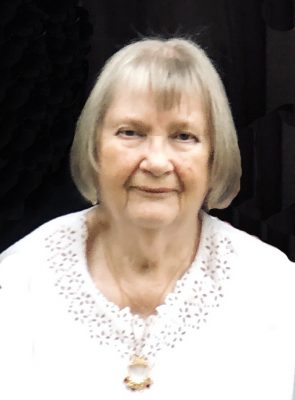 It is with deep sadness that we announce the passing of Vivian Marie Asham (Simpson) on January 23, 2022, at the age of 86, in Salmon Arm, BC. Vivian was able to spend her final days with her family by her side. She was predeceased by her parents Earle Simpson (Catherine) and Enid Dufault (Maurice) and numerous siblings, family and friends. Left to mourn her loss is her husband of 64 years, Roy Herbert Asham and her children, Mark Asham (Shelly), Brenda Balfour (Randy Stepputat), Ron Asham (Dawn) and Brent Asham. She also left behind 6 grandchildren: Nathan, Bryce (Kaitlyn), Krystal, Brianna (Tage), Deana, and Taegan, along with 2 great-grandchildren, Irelynn and Bennett.

Vivian was born July 4, 1935 and started life in Dominion City, MB. As a child she lived in Port Arthur and Ear Falls, ON. As a young woman she worked as a switchboard operator for Bell Telephone in Toronto. She moved to Winnipeg,MB where she met and married Roy on February 28, 1957, where they started their family. The family moved to Teulon, MB in 1972 to raise their 4 children. She spent many hours volunteering for the Teulon Hockey Association where all her boys played.  After raising their children, Roy and Vivian moved to Maple Ridge, BC (1990), then Alberta (1997) and finally to Salmon Arm, BC (2014) where she resided until her passing.

Some of her hobbies included knitting, ceramics, treasure hunting at garage sales, bingo and collecting photos of her grandchildren. Vivian had a great love of hockey, especially the Calgary Flames.

The family wishes to thank Dr. Angela Plessis and the nursing staff on the 2nd floor of the Shuswap Lake General Hospital for their compassionate care of mom in her final weeks of life.

In lieu of flowers donations can be made to the Diabetes Association.  To honour mom’s wishes there will not be a memorial service.