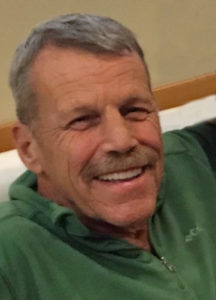 We sadly announce the passing of Marty Bootsma after a short battle with cancer. He is survived by his loving wife Wendy and his seven siblings; Walter, Florence, Frances, Jenny, Greta, Ron, and Jan. As well as his children and stepchildren; Roger (Kim), Grace (Gord), Jon (Christine), Curtis (Michelle) and Emily (Justin) and grandchildren; Harley, Jaron, Kierra, Nikki, Josie, Riley, Rachel and Joy. He is predeceased by his first wife Margaret and his great granddaughter Hallie.
Marty was born in the Netherlands and immigrated to Vancouver, Canada with his parents at a very young age. He met Margaret in Vancouver and they were married in 1971 and had their 3 children by 1973. After spending holidays in Salmon Arm the busy couple decided to make it their home in 1980. During his time in Salmon Arm Marty pursued careers as a carpenter and real estate agent and, as many may remember, owner of Bootsma’s Bakery. Most recently Marty was the owner and operator of the Petro Car Wash with his good friend Warren. Marty lost his wife Margaret to cancer in the Spring of 1999. These were difficult years but Marty has remained an involved member of the community. He was a volunteer firefighter, Rotarian, and city council member, to name a few. However, his biggest accomplishment and contributions to Salmon Arm were during his 2 terms as Mayor. Regardless of the politics involved Marty always voted with Salmon Arm’s best interest at heart. Marty met his second wife Wendy and they continued to live in Salmon Arm with the company of friends and family.
Marty loved to spend time with his children and grandchildren whether it was at home, the cabin, camping trips or holidays. He enjoyed people and was quick witted. Marty was frequently seen around town or at his early morning coffee club. He also thoroughly enjoyed singing with the Shuswap Barber Shop Project. Marty had a huge sense of adventure and quite the ability to form and articulate an opinion on almost everything.
In lieu of flowers, a bursary has been set up for graduates for Salmon Arm Senior Secondary at the Salmon Arm Savings and Credit Union (uptown), Account #1696517.