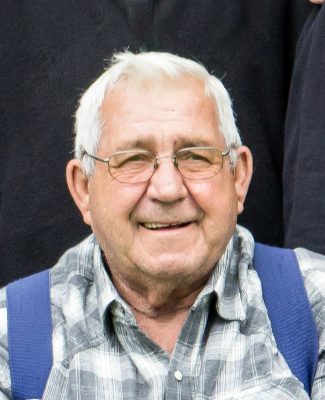 It is with deep sadness we announce the peaceful passing of Richard (Dick) William Bornholdt of Salmon Arm, BC, formerly of Prince George, BC, at his home on March 15, 2021 at the age of 80.  Dick was born November 3, 1940 in Weyburn, SK. He will be sadly missed by his wife, JoAnne, children and their spouses Darla (Kim), Donna (Blair), Bill (Heather), Leslie (Nicholas); grandchildren and their spouses Brandis (Paul), Lucas (Nichole), Amanda (Keenan), Robert (Courtenay), Nicholas, Noah, & Christopher; great-grandchildren Emma, Londyn, Kirk, Paxton and Maddox.

Dick owned and operated Central Interior Disposal in Prince George for many years and was a strong advocate for small business owners.  His ties in the community with like-minded individuals was instrumental in forming lifelong friendships.  Dick and JoAnne took on new ventures after he sold his business to operate a resort in Blind Bay, BC.  After retirement, he and JoAnne relocated to Salmon Arm where he found a love of collecting and restoring antique vehicles and farm equipment. He was a member of the Shuswap Pioneer Collectors Club where more friendships formed.

Dick was a very hard worker, a trait passed on to him by his parents at a very young age and that he, in turn, passed on to his own children.  His grandchildren and great-grandchildren brought him immense pleasure and he always had a smile on his face when he was with them. His strong political views could always prompt discussion with those around him and his ability to make a joke and have a laugh was always there. His persistent, determined nature is what provided him his many successes in life and his willingness to help those in need was ever-present.

If Dick’s life could be summed up in a song, it would be Frank Sinatra’s “I Did It My Way”; and boy, he sure did.  We wouldn’t have it any other way!  He was loved dearly and will be missed by many.

Due to Covid-19 there will be no service at this time.  There will be a gathering at a later date to say goodbye to this strong, proud man who touched all our lives.