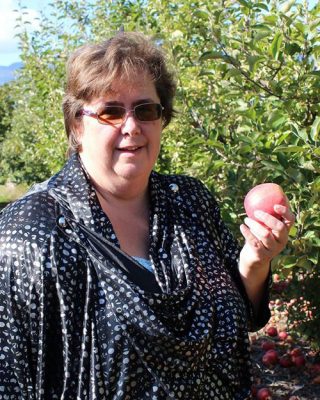 Teresa was born in Kamloops BC on July 30th, 1968. She Passed away in Salmon Arm BC on April 15th, at the age of 51. She was predeceased by her brothers Allan and Gordy and her sister Lisa. She is survived by her father Cecil, mother Dianne, husband Tom, sons Aaron and William, step-sons Darryl and Ian, grandchildren Shawn, Matt, Beth, and Audrey, as well as her best friend Deanna Crawford. Teresa worked many jobs here in Salmon Arm during her life, but her longest lasting was her dedication as an officer of the CIC program helping to run the Army Cadet Corps in Salmon Arm, Sicamous, and Enderby until her medical release from the CAF. Teresa lived abroad starting almost as soon as she was born, with her parents Cecil and Dianne moving the family to Australia, New Guinea, and many other exciting exotic locales as a child. When they returned to Canada, they settled down in the Shuswap area where Teresa lived the remainder of her life. Teresa was diagnosed with Parkinson’s disease a few years ago, and it has been actively involved in the local Parkinson’s support group helping to co-ordinate their fundraisers and meetings.
Teresa’s celebration of life is delayed until such time as it is safe to do so. In lieu of flowers, please donate to Parkinson Society BC at https://www.parkinson.bc.ca/donate/