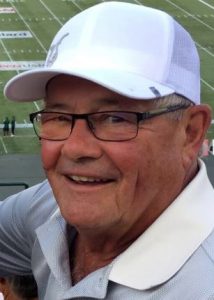 A Celebration of his Life is being planned at a later date, details to be provided to family and close friends.

It is with great sadness that the family announces the sudden passing of William James (Bill) Burton on Sunday, January 27, 2019 at the age of 72 years.  He will be forever remembered by his wife Joan and daughters Karen, Sandy and Brenda (Jeff).  Bill will also be fondly remembered by his grandchildren, Zachary, Ryea, Tyler, Katelyn, Megan, Cole, and Sophie, his sisters and brothers, Margaret (Ross), Alec (Ruth), Carol (Dave), and Glenn, extended family, and dear friends.
Bill was born in Thunder Bay, Ontario.  Throughout his life and career Bill and Joan lived in various cities.  Retiring from the gas industry in 2002, they moved from Victoria to Nanoose Bay and eventually settling in Blind Bay, BC in 2013.  Bill attended St. Mary’s Anglican-United Church in Sorrento, BC. He had a passion for painting and was a member of the Blind Bay Painters Association for the past 4 years. Bill also enjoyed the outdoors and spending time with family and friends. He is known for his quick wit, his infectious smile and his kind, generous soul. Bill will be missed more than words can describe but as he would always say “Keep Smiling!”
There will be no service as per Bill’s wishes.  A Celebration of his Life is being planned at a later date, details to be provided to family and close friends.