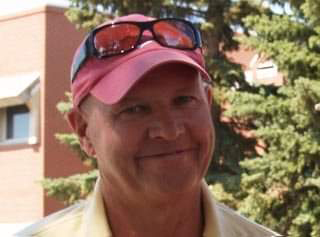 George Duncan Cheyne of Salmon Arm, British Columbia died at the age of 81.

He was born during “The London Blitz” in Middlesex County, England to George and Edith Cheyne.  George attended Lab and X Ray technician training and got his first job in Morris, Manitoba when he met his future wife Judy.  George and Judy were married on June 13, 1964 and had two children, Greg and Krista.  George later received management training and was the Administrator of the Altona Hospital, the Assistant Administrator of the Prince George Hospital and he later retired from the Ponderosa Lodge as the CEO.  He was an avid hunter, target shooter and gun collector.  He loved living on the beach near Salmon Arm, BC.

He was predeceased by his wife Judy and partner Robin Boyd.  George is survived by his two children, four grandchildren: Morgan, Kaitlin, Hailey and Matthew, his great grandchild Maddox, his sister Pat, his niece Cyndie and nephew Jeff.