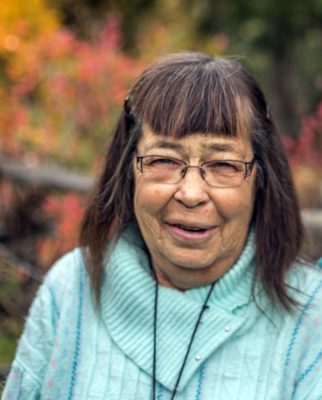 Agnes Cleaver passed away June 4, 2021 at Shuswap Lake General Hospital just shy of her 86th birthday. She will be greatly missed by her children Charlotte (Lorne), Harold (Marian), Curtis and three grandchildren Kevin, Danielle and Christine.

When she lived in Trenton, Ontario she helped out with the Boy Scout and Girl Guide camps that her children went to. When we moved to Nova Scotia, she was a Boy Scout leader for her boys, as well as a leader in 4H for her children.

In 1977 Norman and Agnes moved to Enderby, BC. For a few years they travelled around to Cuba, Costa Rica and Hawaii. About 30 years ago they decided the winters were too long and cold, so they stared going to Queen Valley, Arizona. There they enjoyed many years of warmth and the company of their snowbird friends. They were very active in Queen Valley with Monday morning coffee, jeep trips and helping around the park.

In the summer when they visited family in Alberta or Manitoba, they would take one of the grandchildren with them.  They were also involved with their step granddaughter and step great grandchildren.