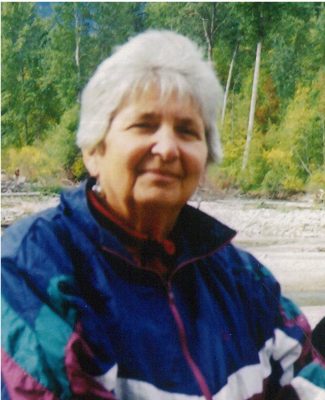 We regretfully announce the passing of Shirley Eileen Cumberland at Shuswap Lake General Hospital on May 25, 2022.  Shirley was born on October 13, 1931, to William Leslie and Frances May Fraser in Vancouver and was the eldest of four children.

She was educated in Maple Ridge and Kamloops and joined the RCAF in 1951.  She married Richard Cumberland in Zweibrücken, Germany in 1956.  They had three children Ian, Barbara and Kathleen.  The family moved to Salmon Arm in 1973 and she began her teaching career with an appointment at Mara school.  She retired in 1993.  Shirley loved travel, opera and being retired.  Shirley is predeceased by her son Ian and her brother Don.  She is survived by her sisters Jean Sellers and Barbara Wicklund (and Pete); and her daughters Kathleen Parks (and Ken) and Barbara Giffin (and Larry) of Calmar, Alberta.  Thank you to Dr. Kirkman.

There will be no funeral or memorial.