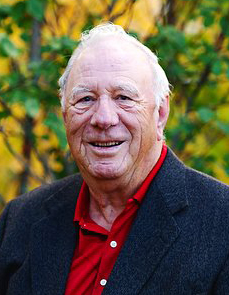 It is with great sadness and heavy hearts that we say goodbye to our dad who passed away gently in his sleep in Shuswap Lake General Hospital, Salmon Arm, BC.

Don was born on a cold and snowy day in Fawcett, Alberta to Donaldson Isaac de Frece and Annie Elizabeth de Frece. He was the eldest and only son, but grew up with two sisters, Geraldene Meier, and Doreen Jessup (deceased). They lived in various small towns in Alberta including Ghost Pine, Dalemead, and finally Drumheller where, while attending high school, he met the love of his life, Patricia (Patsy) Brown. She was only 14 and he was 16 when they met, but he courted her off and on for 7 years before finally convincing her dad to let him marry her.  The conditions were that he quit the oil field, shave off his beard and clean himself up. He did and she agreed to spend the rest of her life with him. They were married for 64 years and blessed with three daughters, Sheralee (Rob Solosth), Lynda (Mark Curran – Deceased), Tracy (Greg Vistisen) and “the good son”, Scott de Frece (Michelle). He loved his family and was very proud of all of them.

Don joined the Calgary Police Service in 1955. He walked a downtown beat for a year before transferring to the Traffic Unit where he proudly rode one of the big Harley Davidson motorcycles for many years. He felt honored to lead numerous motorcycle processions escorting VIPs and dignitaries including Queen Elizabeth, who came to the Calgary Stampede. During his more than a decade in the Traffic Unit, Don was promoted to Sergeant. His fellow Traffic officers fondly referred to him as “Pontiac” because his facial profile looked like the hood ornaments that were on Pontiac cars of that era. Eventually, he transferred to the CPIC Unit where he spent more than 10 years of his career. The CPIC girls who he worked with loved him, but the young constables who hung around flirting high tailed it out of there when “the Sarg” was around. He also worked in the Vice Unit and was a detective in the Criminal Investigation Unit; however, his true passion was always the Traffic and CPIC Units and he fondly spoke of the people he worked with even after more than 30 years of retirement.

Don loved to hunt and fish with his long-time friend Dick Hougar also a police officer and Jake Herman, his best friend of 70 years.  After 31 years with the Police Service, Don retired to spend the next chapter of his life with Patsy in Blind Bay, BC. They had always loved boating on Shuswap Lake and he developed a love for golf, his rose garden and woodworking. For several years after he retired, he went to Drumheller to help friends with the harvest and drive the combine. He was also an honorary member of the Chase RCMP.

Don had a great group of friends who would meet for coffee or a round of golf, and when Jake and Lynn Herman moved to the area, they golfed and socialized regularly. He loved watching the Calgary Stampeders and the Calgary Flames and rarely missed a game.

Don and Patsy moved into Lakeside Manor in the fall of 2018 where they enjoyed socializing with old friends and new. He brought a smile to the faces of many people and was thankful for and appreciated the staff who worked there.

Don is survived by his loving wife and children, several grandchildren including Gina and Steven Solosth (Holly), Lora and Matthew Curran, Mason Vistisen (Danielle), Chase and Kaden de Frece, his 3 great-grandchildren and numerous nieces and nephews. Don was a big man with a big heart and a big hug for everyone. He will be missed and fondly remembered by many people.

A Celebration of Life will follow when restrictions allow.

In lieu of flowers, please make donations to the SPCA.