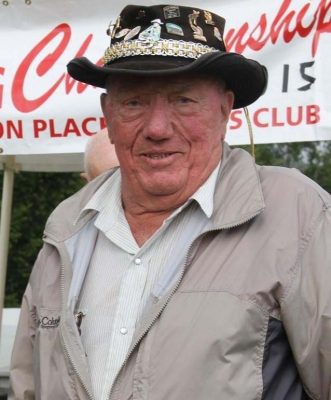 First born son of John and Thelma December 13, 1936 in Kamloops BC, is now rejoicing with his Lord and Saviour.

Ernie was blessed with four younger brothers but predeceased by both Sydney and Ed. Left to mourn him are Ed’s wife Norma, Jerry (Ruby), Sandy (Ping), as well as his Woolford brothers Harry (Kathleen), Randy (Tracey) and his numerous nieces, nephews, aunts, uncles and cousins.

His favourite pass times in recent years were creating beautiful wood carvings and cheering his beloved Chase Heat. He took strength in the fellowship of his church family.

A celebration of Ernie’s well lived adventurous life will take place at a later time.  Please watch for the announcement.
In lieu of flowers, memorial donations in Ernie’s name may be made to the Shuswap Lake Hospital Foundation, Box 265, Salmon Arm, BC, V1E 4N3, ShuswapHospitalFoundation.org