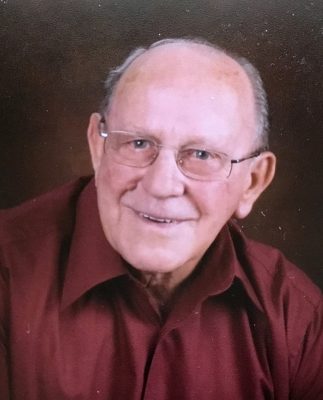 It is with great sadness and fond memories that we announce the passing of Lawrence Joseph Filiatrault at 86 years of age at Shuswap Lake General Hospital after a lengthy illness.

Lawrence was born in Maillardville to Leo and Mary Rose Filiatrault. The family moved to Quesnel where Lawrence spent his formative years and started school. He also lived with his older sister in Nelson, BC where he finished his schooling.  At age 16 he returned to Quesnel and worked at a variety of odd jobs until he went to work at the Cariboo Farmers Co-op that launched him into a 12 year career in the Dairy industry, He attended the Agriculture School at UBC to study and earned his Pasteurizing ticket. He worked in a number of areas of the Dairy Field before moving to Salmon Arm in 1963, where he operated 3 businesses over the next 50 years. He opened the first business with his father – L & L Motors. He was one of the first 4 Datsun Dealers in Canada and enjoyed that business for a number of years. He and his wife Margaret opened and ran Fili’s Deli for a few years, and when that business sold, he started Frames by Filiatrault which he ran until he retired at age 75.

Lawrence belonged to two service clubs and was an alderman in the Village of Salmon Arm for two years. When the Village and District amalgamated, he decided not to run for Council again as he wanted to spend more time with his growing family. Lawrence met and courted his wife in Quesnel. They married in 1959 in Vancouver. Their two sons were born in Vancouver in 1961 and 1963; and the third child – a daughter was born in Salmon Arm in 1967. The family spent their leisure time camping and fishing all over the province for a number of years; having many wonderful adventures and experiences. They also had a memorable trip camping and travelling in Mexico. Lawrence was also known as a skilled ‘fly fisherman’.

Lawrence was bitten by the travel bug when he travelled to Japan in 1969 as a guest of the Datsun Motor Company. He and Margaret travelled to Hawaii a few years later on a trip organized by Bob Hall of the Big R., but had to wait for further extended travel while business took precedence. They did travel back and forth to Japan to visit their sons and families during those years. In 1994 they took a year off and spent time in Japan, other South Asian countries, and the UK, and travelled Continental Europe by car. Other travel included trips across Canada and around the province.

Lawrence was proud to be a Canadian, loved Salmon Arm and cherished his family. He was predeceased by his parents and older brother Bert. Left to grieve are his beloved wife Margaret of 62 years, and his children, Christopher of Vancouver BC, Stephen of Japan and Michelle of Cherryville, BC: eight grandchildren – Norio, Tyler, Eugene and Sarah of Japan, Emily, Elisha and Davis of Lumby and Enderby., Leo of Sorrento and three great grandchildren, his two beloved sisters – Lorraine and Leota (Lee) Salmon Arm, BC, sister-in-law Norma, Aldergrove, and their children. Lawrence was close to many members of his extended family; fondly remembering his nieces, and was especially grateful to his nephews who were helpful over the years, and during his months in the hospital.

A private family Celebration of Life will take place at a later date.