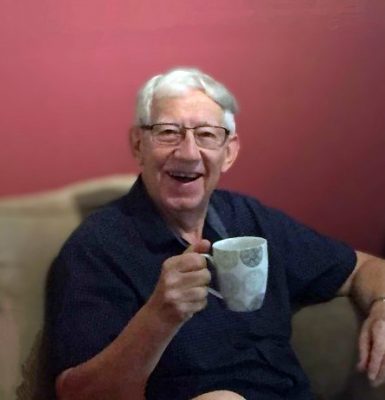 A celebration of John’s life will be held on Saturday, March 12, at 2:00 pm at the River of Life Church 2405 Centennial Drive, Blind Bay B.C.  (Shuswap Lake Estates building)
Please note: change from Sunday

On February 24, 2022, John Froese of Chase B.C. completed his journey and went to his final destination to be with his savior whom he loved and served.

John was born on April 13, 1943 in Vanderhoof BC, he was the youngest of 10 siblings born to Abe and Suzanna Froese.  With a household of that size, a couple of skills that John had to learn in order to survive and thrive were to talk and care.  And thrive he did!  John used these skills throughout his life in the many business and sales positions in which he worked.  More importantly to John though, he used those skills to encourage, build into the lives of those he came in contact with, from his fellow workers to the foster children they took in, to the employees who worked for him and even the servers at his favorite A&W.  John always had a big smile, a kind word and a “dad joke” or one of his favorite “magic tricks” for his grandkids whom he adored.

A celebration of John’s life will be held on Sunday at 2:00 pm at the River of Life Church 2405 Centennial Drive, Blind Bay B.C.  (Shuswap Lake Estates building)