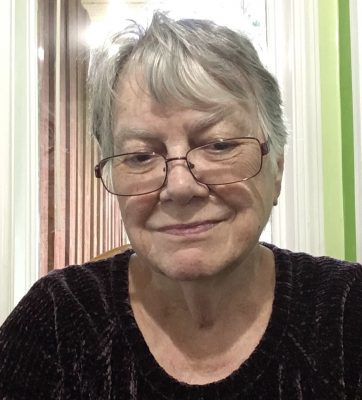 With heavy hearts we announce the passing of Kay Graham at her home in Canoe, BC. She will be missed by those whose lives she has touched. Her special attributes were many but she was especially known for her blueberry pancakes at Griffin Lake. She was happiest when there were children around as they always brought great joy to her. She liked to write poetry and would break into song at the slightest prompt.

She was born in Campbell River, BC but spent most of her life  living in Kamloops, working at Tranquille before retiring to Canoe with Bob.  Summers were always spent at Griffin Lake at the family cabin where she enjoyed being the matriarch.

She is survived by her husband of 64 years, Robert (Bob) Graham, her daughters Sherrie Kleefeld and Terrie McVean,   daughter-in-law Joanne Graham , 7 grandchildren , 6 great grandchildren and her brother Ralph Edgett.

She was predeceased by her son Alan and her sister Elsie.

No service at this time.

Donations may be made to a local Hospice.