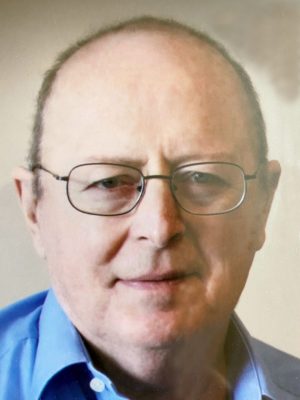 Doug was born in Garden Bay, BC, the last of 7 siblings and grew up on Salt Spring Island.  After high school, he became a logger.  At the age of 21 he developed Type 1 diabetes.

He attended BCIT and became an accountant.  He worked at Harrison Hot Springs Hotel, then School District 89, and finally CSRD where he held the Treasurer position until his retirement.

He met his wife Jennifer, an English nurse on a blind date in Chilliwack.  Doug leaves behind his wife of 56 years, Jennifer.  Doug is also survived by his children, Gary (Noemi), Paul (Libia), and 4 grandchildren (Lanie, Tyler, Kayla, and Ryan) of whom he was very proud.

He was an amateur boxer in his early years.  He loved the ocean and enjoyed camping, fishing, going for coffee, and spending time with his dog Darcy.  Early retirement allowed for some golfing and a motorhome trip across Canada.

The family would like to thank the nursing staff of Level 4 at Shuswap General Hospital and Hospice, and Dr. Breugem for his wonderful care of Doug.

He lived with Type 1 diabetes for 62 years and wished any memorial donations to be made to Diabetes Canada “Research”, or the charity of your choice.

No service at his request.  Dad will be missed.