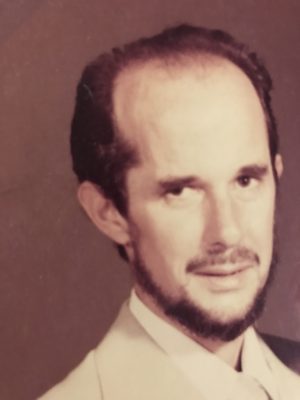 Ronald was the youngest grandson of Samuel Polson a prominent figure in the early 20th century days of the Okanagan. Sam donated land for Polson Park in Vernon and the Hospital there as well. Ron was born in Vancouver on 25 June 1938 to Kathleen Isabel Polson (Sam’s youngest daughter) and Edward William Harries. He graduated from Lord Byng High School in 1956 and worked for CBC in Vancouver in a variety of positions until his retirement in 1991. Ron and his wife Judy were married in 1977. The couple lived in Ladner for a number of years until moving to Lee Creek by Shuswap Lake following his retirement and eventually to Salmon Arm in 1998.

Ron was predeceased by his wife Judy in 2018. He is survived by his only sister Elizabeth Sibbald Harries Carter (Beth) and brother-in-law Gib of Sisters, Oregon, by two nieces and two nephews: Elizabeth Anne Burdette (Dub) of Lubbock, Texas, Sarah Kathleen Carter (Andrew) of Fort Collins, Colorado, Daniel Bruce Carter (Denise) of Forrest Grove, OR, Jeffery Gibson Carter (Layla) of Cornelius, OR and seven great nephews and nieces. Our grandfather Sam Polson and grandmother Sarah Elizabeth Sibbald had nine children and twenty-three grandchildren: of these only Keith Polson of Enderby, Jack Behrend of Lacey, WA and Ron’s sister Beth survive.

Ron was a traveler and enjoyed many good times fishing the waters near and far. He loved to be on the seas admiring whales and had many beautiful whale photographs in his collection. His hobbies focused on photography and later ranged into all manner of electronics from radios to computers, at last count he had nine. He was an avid student of politics both local and provincial. Ron was not always easy to understand – he was a challenge to many and had his own ideas of how life should be lived.

Ron passed away peacefully at the age of 82 at the Royal Inland Hospital in Kamloops following a heart attack at Lakeside Manor while out walking his dog Blaina. No service. Cremation to follow. Ron’s and Judy’s ashes will be scattered in the Okanagan region in the mountains near Salmon Arm.