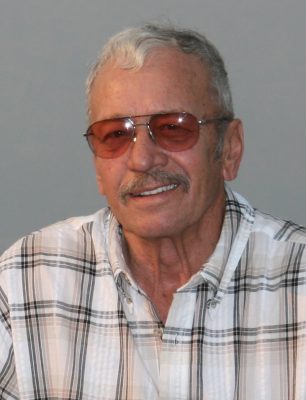 In loving memory of

Hugh Dawson Hatchard of Salmon Arm passed away on December 10, 2021 after suffering a stroke at home. Hugh was born on June 16, 1937, the second son of Burrell and Mary Hatchard, in Elk Point, Alberta. From an early age, Hugh enjoyed solitude, nature and tough sports like hockey, boxing and rodeo. He worked in northern BC and the Yukon, staking claims for mining companies, before switching to electrical work in Merritt and Fort St. John in the 60s. Hugh could fix almost anything and loved animals big and small.

In 1996, Hugh retired to the Salmon Arm area with his partner Helen, where they enjoyed many years of fun and adventures with neighbours, family and friends.

Hugh is survived by his loving partner, Helen, daughters Dawn of Kelowna and Carmen of Mile 108, as well as son Brooke. He also leaves behind one grandson, Marlon, and six step-grandchildren, as well as brothers Rex (Shelley) and Dean of McBride. Hugh was predeceased by his parents, brother Shelby, sister Roma, and infant son, Gene.