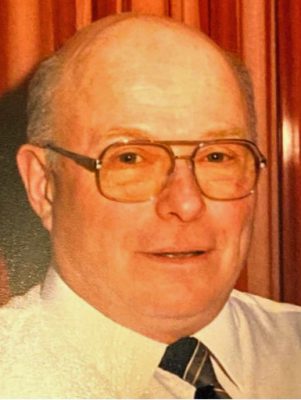 Wally passed away on February 22 at the age of 87 in Salmon Arm.

Wally was born in Monkland Ontario on October 17, 1934 to William and Bertha Hill.   He moved west to Alberta for work in 1957 and met Zella in 1958.  They married in 1962, moving numerous times in the early years of their marriage for his work as a heavy-duty equipment operator on highway jobs.  During these moves they welcomed two children, Sherry and Duane.  Work at Mica Dam brought the family to Revelstoke in 1967, where Kim was born.

The family moved in 1972 to Sicamous and Wally started Wally’s Excavating with a dump truck and a backhoe.  The dump truck became a logging truck for a move to Prince George in 1981.  After several years there, they moved to Vancouver Island for work on the Island Highway.  Eventually retiring from the Operating Engineers Local 115, Wally and Zella then enjoyed several years ‘homeless’ as they travelled throughout the US and Canada with their trailer.  They settled in Tappen in 2006, moving to Salmon Arm in 2013.