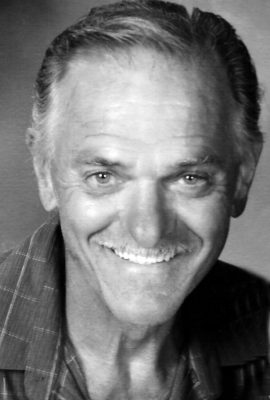 On Saturday, February 19, 2022 we said our final goodbye to the dearest husband, father and grandfather alive, Helmut Janzen, as he slipped away from us to begin a whole new journey.  The long goodbye is over.

Helmut was born on April 30, 1944 to Jacob and Anna Janzen in the Mecklenburg region of Germany during the Second World War.  Their little family was part of a group of Mennonite refugees fleeing both Nazis and Russians.  Jacob was captured by Russians in 1945 and sent to Siberia (never to return) while the family set out on a hazardous trip to find safety.  Eventually they arrived in Germany’s American sector and lived in a refugee camp for years before emigrating to Canada in 1948.  With mother, grandmother, uncle and two older siblings, Helmut, age 4, finally arrived at his new home in BC’s Fraser Valley on Sumas Prairie.

It was a hardscrabble life for the family, as it was for so many refugees, but intense hard work by all, even from a young Helmut, gave the family the security it needed to eventually carve out a good life.  As Helmut grew up being the “man of the house” he learned how to make do, repair, and invent solutions to all sorts of problems, skills he used throughout his life.  He served a year in the Royal Canadian Air Force, trained first as a meat cutter, then later as a floor layer/tile setter.  During this period, he lived in Trail, Clearbrook, Kamloops and Sorrento.  With a partner, he opened a floor and hardware shop in Sorrento in 1972.  Then, in 1976 he went to work for Irly Bird Building Supplies in Salmon Arm (which later became West Fraser, Revelstoke, Revy and finally, Rona).  He retired in 2006 but was so restless, went back to Rona within three months on a part-time basis and worked for several more years.  Many people benefited from his incredible DIY knowledge.

During those early years, he married his sweetheart, Karin, in 1967 and they produced son Spencer in 1971 and daughter Gillian in 1972.  In 1985, the family moved to Salmon Arm and remained there up to the present time.  Unfortunately, Alzheimer’s Disease struck and after some years of coping it became necessary for Helmut to move to Hillside Village Care Centre in 2019.  It wasn’t long after he moved there that Covid-19 became a factor and in the last two years he was denied the comfort of his family for months at a time.  Fortunately, Karin was able to visit during this last lockdown as an essential visitor.

Who was Helmut?  He worked hard, played hard and lived life to the fullest!  He loved to golf and fish, watched TV sports (especially football), lived for those get-togethers and parties with family and friends.  He enjoyed boating, camping and travelling to far-off places.  Music enthralled him and oh, could he dance!  He was always busy with things that “had to be done” and never said no when a friend or neighbour needed help.  He could be stubborn and opinionated, but in the end, everyone knew him as a kind and gentle man.  He cherished his family and was so proud of his kids who inherited his wonderful work ethic.  Helmut always enjoyed a good laugh and that laugh was so infectious!

Helmut chose to be cremated and his internment will happen later this Spring.  Family and friends plan to gather at some future time to reminisce.

“Helmut, You Will Forever Be My Always”