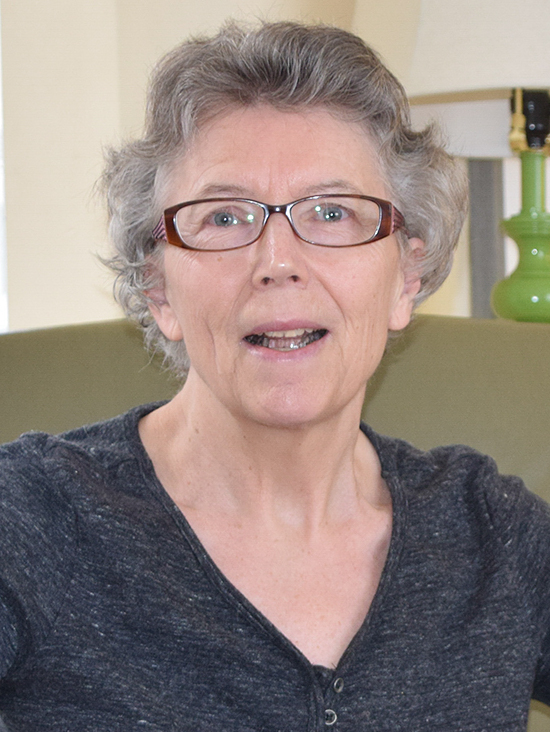 It is with great sadness that we announce the passing of Maureen on November 2, 2022. She was 65 years of age.

She was born in Bathurst, New Brunswick, on June 27, 1957. She was predeceased by her father, John Kennah. She leaves behind her loving husband of 41 years, Irwin, her daughter Jennifer (Matt) Sigston, and their two sons Levi and Max, and her son Ryan (Kelly Barbeau).

After being diagnosed with Young Onset Parkinson’s in 2007 at 49 years old, she spent the next 15 years “trying everything” to minimize the many symptoms and side effects of the disease. After a valiant effort which included DBS (Deep Brain Stimulation) surgery in 2019, she made the decision to investigate MAiD (Medical Assistance in Dying).

She leaves behind her mother, Evelyne Kennah, her two sisters Jane (Gary) Williams, and Ann (Lyle) Walker, and her brother, John (Hélène) Kennah and many nieces and nephews.

Maureen and Irwin and their children moved to Salmon Arm in 1992 and she began teaching at Eagle River Secondary in Sicamous until Parkinson’s forced her to stop doing the job that she loved in 2009.

Maureen loved to spend time in her beautiful back yard under her magnificent White Wonder Dogwood with Jellybean, her much loved Yorkshire terrier.

Even though she was an extremely private person, Maureen was committed to making a contribution to Parkinson’s awareness. She described it as a cruel disease and felt compelled to use her personal journey as a way to show the true reality of the disease through a series of articles and videos in the Salmon Arm Observer.

When her symptoms progressed to the point where DBS became the necessary next step, she went to work with the support of her family and friends to lobby for more timely access to this life-changing surgery. Maureen was especially proud of her role in decreasing wait time for DBS surgery in the province of BC and for lobbying to hire a second neurosurgeon. Because of Covid this has not yet been accomplished. She hopes that others will carry the torch forward and hold the provincial government to their word.

Another project that Maureen was proud to be involved in was the creation of the so-well-used skateboard park in Salmon Arm.

Maureen chose to pass away at 11 a.m., November 2, in Salmon Arm surrounded by her family.