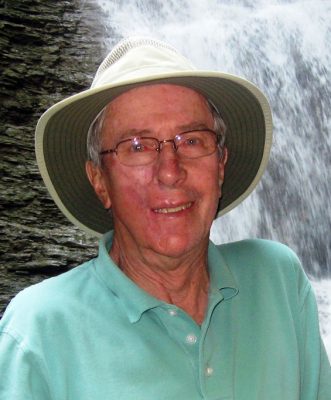 Harry William Kornak passed away after a lengthy illness on Nov. 11, 2020 at Hospice House in Kamloops with his family around him. His sense of humor and legendary appetite will be missed by family and friends. He was born in Yorkton, Saskatchewan to Steven and Anna Kornak who had immigrated to Canada from the Ukraine. Harry was the youngest of four siblings: sisters Elizabeth Luce and Marty Otchenash and brother Ted.

After graduating high-school at St. Joseph`s College, he worked in the bank in Rosetown so he could play hockey for the town team. That was followed by a job surveying for B.B. Torchinsky & Co. putting in sewer and water in small towns and building grid roads. After marrying Pat in 1966 in Saskatoon he went to work for H.M.C. Harrison surveying for the sinking of the shaft for Allen Potash mine. When that was completed he went back to school rather than taking the company’s next job which would have been in South America. He graduated with a degree in Pharmacy in 1974. The family, now with three kids, moved to Williams Lake, BC to take a job with Spencer Dickie Drugs. In 1981 he started a drugstore with partner Adeline Hamm.

Harry and Pat retired to Chase in 2004 where they continued to enjoy golf, curling, travel, and enjoyed time with many friends old and new. He will be greatly missed by his wife Pat, his sons Scot (Patti) of Calgary, Craig of Vancouver, and daughter Deanna McArthur (Ian) of Coquitlam, and granddaughters Christina and Andrea. Thank you to Dr. Lorenz, Dr. Main and the Oncology nurses, to the doctors and the staff at Royal Inland and to Dr. Baker and all the comforting and caring staff at Marjorie Willowby Snowdon Hospice. A funeral mass was held Nov 14 with limited attendance.  A celebration of life will be held on Chase golf course in the summer with a 21 club salute. Donations in his memory can be made to Hospice House.