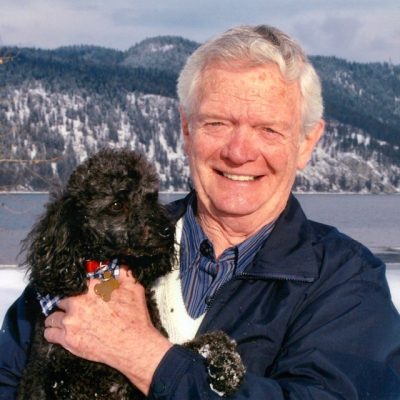 Larry Charles Larkam passed away peacefully at the age of 89 on September 1, 2021.  Larry was born at the Calgary General Hospital on August 17, 1932.

Larry is survived by his two sons, Randy (Catharine) and Brian (Michelle), both of Calgary, his six grandchildren, Elisha, Mackenzie, Austyn, Taylor, Jessica and Sheila, as well as four great grandchildren, Avery, Rowan, Mason and Logan.  Larry was predeceased by his wife Arlene, his two daughters, Francine and Susanne, his parents, Harry and Catherine, and brothers Tom and Wally.

Larry received his Civil Engineering Degree from the University of Idaho.  Larry spent about 25 years working at the Shuswap Provincial Park Campground until he was 84 where he made many special relationships.  Larry enjoyed people, golfing, curling and doing puzzles. Larry was a loving person who will be missed by his family and friends.

There will be a graveside service at Mountainview Memorial Gardens in the spring.