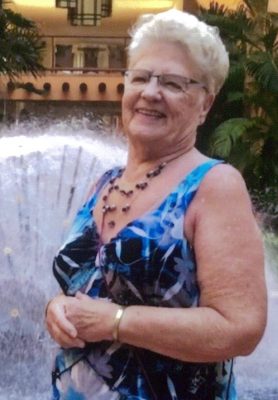 “Gene” passed away April 2, 2022 (age 81) at Vancouver General Hospital after a valiant struggle recovering from surgery.

After graduating high school, Gene took her Psychiatric nurses training at Riverview Hospital graduating in 1961.  She then worked at Woodlands School until she retired in 1999 just prior to relocating to Salmon Arm in 1999.  Gene was an active member of several Quilt Guilds and knitting groups in Salmon Arm where she met many of her wonderful friends.

We will miss Gene who was known for her great hugs, no nonsense attitude, powerful hands, jokes, stories and being a great advice guru.  You are missed.