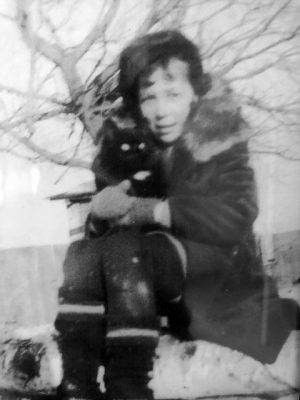 With heavy hearts and no small measure of disbelief, we say goodbye to our beloved mother, Frances ‘Shirley’ Lyall. We thought she would live forever, and she almost did.

Shirley was born in 1924 in the little town of Birtle, Manitoba, travelling home from the hospital on a blustery March day by horse and buggy. She carved out her youth on the windswept prairies, the years ravaged first by a great depression and then a great war. And yet, raised on hardship and making do, she remembered her childhood as an endless horizon of magical things. There were hay rides, sledding, curling and ice skating in the bitter Manitoba winters; horseback riding, hiking, swimming and evading clouds of horse flies in the summers. It was a wonderland.

The reverence she paid to the beauty and imperfection of the everyday would sustain her throughout her life. As a young woman, she stole the hearts of many suitors before marrying Lundie, a man 17 years her senior. Two daughters, Jennifer and Belinda, followed soon after. Lundie’s work took the family across Canada and the U.S. before retiring on 23 acres in Salmon Arm’s Gleneden.

Shirley filled her life with all that she loved: painting, writing, walking, British dramas, animals, the natural world, old furniture and old dogs. She played tennis and her piano, devoured books, art, classical music, news, philosophy, politics and chocolate. She was enthralled with medicine and spent decades working in medical clinics. She knit, crocheted, sewed and quilted. She fed the birds. She skied. She nurtured her friends, mothered her daughters and helped found the Salmon Arm Tennis Club. She was a gentle soul who drew people in with her wisdom, strength, kindness and common sense.

After Lundie’s death in 2001, Shirley left her oasis in Gleneden and moved into a bungalow in town. It was a hard turn. But home was everything to her, and in time she grew to love this one, too. As years passed, she refused to accept the confines of aging, often to the exasperation of those who loved her. She balked at getting a hearing aide. She insisted on doing her own shopping. And she still dreamed of getting a puppy. Losing her driver’s license at 95 was an affront she never got over.

Fiercely independent and intensely private, Shirley pushed through the last years of her life with sheer physical determination. She lived in her own home, shoveling her own snow and picking her own raspberries, surrounded by her art and her antiques, until three days before she died. In the end, she left peacefully, flying straight into the sun just before noon on a bright Wednesday morning. We will miss her beyond words.

Shirley is survived by her daughters, Jennifer and Belinda, her adored granddaughter, Reja Malysh, her nephew, Peter Clarke (Fran) and her foster cat, Marty. A special thank you to Dr. Chris Weicker, the Salmon Arm Palliative Care Program and the doctors and nurses at the Shuswap Lake General Hospital for their caring and compassion. There is no service by request, but if desired, a donation to the BC SPCA in Shirley’s memory to help a stray dog or cat would make her happy.