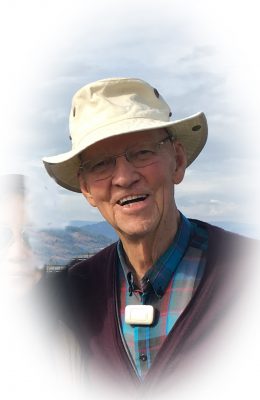 Daniel John MacQuarrie
Husband.  Dad.  Grandpa.  Uncle.
My Dad was many things to many people. And I know that each of you hold many special memories of your time with him. Memories of family celebrations, gatherings with friends, birthdays, anniversaries, City Council.
Dan married Edna  Agatha Hartfelder on August the 9th 1950 . He was a corrosion engineer for Esso. He decided that there was more to life and became a Minster in 1966. The family came to Salmon Arm 1966 to practice their Christian Calling. Dan was instrumental along with his wife and Shirley Ehlers to get a no smoking by law  in Salmon Arm. From 1985 – 1988, he and Edna excepted an invitation  to assist the Methodist church in the Caribbean and the Americans .
When they came home Dan was still involved  in the ministry until he retired.
1989 he got involved with Habitat for Humanity and Rotary International.
On May the 11th 2013 Edna died. Leaving what should he do. He become involved  with the Truth and Reconciliation to build a fair country with a level playing field for everyone
Predeceased by his mother Jane, father Roy John, brother George sisterJean, wife Edna, son Roy is survived by daughter in law Lisa, son Wayne(Glenda) & daughter Carolynn,  grandchildren; Jason, Melissa, Crystal, Sharmon, Amy, Stephen & great granddaughters Tristan, Gracie & great grandsons David and Joshua.