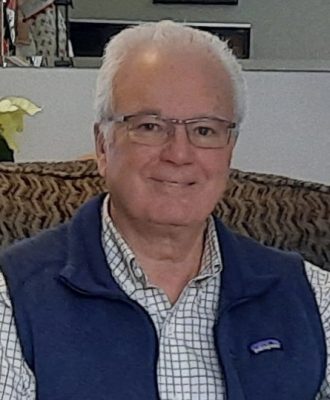 Wayne was born on March 7, 1948 to Joan and Morley McGill in Winnipeg. After graduating from high school in Carman, Manitoba in 1966, he went on to study Civil Engineering at MIT. After graduation, Wayne landed his first job with Manitoba Hydro, kicking off a life-long career in construction. Wayne and his family relocated several times over the years from Gillam, Manitoba, to Mica Creek and then Revelstoke. Wayne’s well-deserved retirement came after a short tenure in Salmon Arm with the school district and Maddocks Construction.

Wayne was a proud father of two boys; Jay arrived in 1969 and Jamie in 1972. Wayne’s retirement included numerous travel trips with Donna. Wayne was happiest travelling with the 5th wheel, and during trips abroad over the years. Wayne’s greatest passion was curling, followed closely by NASCAR and cards. A fierce competitor at the rink or at the table, he was at his best when challenged.

Wayne’s final years with Donna included travelling the west coast of North America and a great week in Mexico with family and friends. Sitting in the front stretch of Las Vegas or the high corner in Bristol, during every moment of racing Wayne was at his finest.

Due to COVID restrictions, only a small family celebration will take place.