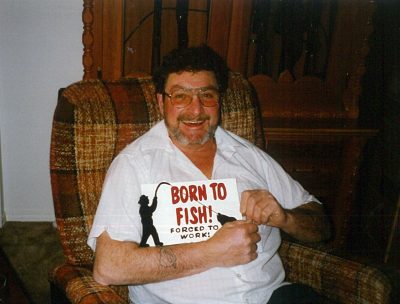 The funeral/celebration of Wayne’s life will be held on Saturday, August 14, 2021 at 11am at Fischer’s Funeral Services.  Due to Co-Vid restrictions there will be no reception.

It is with the deepest sorrow that we announce the passing of Wayne at the age of 80 years.  He leaves behind his wife Judi, son Blaine (Irene), Deanna, chosen daughter Robin (Bob), grandsons Bowen and Kamryn, sisters Edith, Susan (Mike), together with brothers and sisters in laws as well as 21 nieces and nephews.  All will miss him dearly.

Born in Saskatoon, Saskatchewan, Wayne grew up as a busy young man; at the age of 16, he sought the trade of “baker” and worked at his father’s bakery, working nights, weekends and after school.  At the young age of 19, three months apart, Wayne lost both his parents of natural causes.  Two years later, Wayne met his wife Judi and for 59 years, they enjoyed their life together with Blaine, Deanna and each other.

Wayne’s work history is an interesting one.  At age 22 he secured employment with NORAD, employed as a baker and cook on the DEW Line.  After being away from his family for 7 years, the family made the decision to relocate to Salmon Arm, where once again, another change was made and Wayne joined the lumber industry and became employed by Federated Co-op in the Canoe Division.  This was to be his last employment, one which lasted 30 years until his retirement in 2003.  Wayne loved the Shuswap Lake, and enjoyed operating the tug, hauling logs up and down the lake, as well as in the mill grounds.

Never too busy to offer a hand, Wayne helped and volunteered at Cadets, the Seniors Group, as well as with the Friends at Christmas.  He offered his expertise as trustee of his union and enjoyed his time as president of the retiree’ S.O.A.R. group.  Wayne was never one to sit still, when not at work or following through on a volunteer commitment, he built cedar chests, gun cabinets and completed many renovations outside of his home which supplemented the family income.  He designed and built a 40 foot cruiser, a project which took three years in the making but one which afforded Judi and Wane many years of boating and fishing fun on the Shuswap Lake.  Fishing and hunting were Wayne’s passions; Wayne also loved to travel and many experiences were shared with Judi and friends on trips to Mexico, the Yukon, NWT, and across Canada.

Wayne had a dream!  Having been adopted as a young child, he always had a keen interest in meeting his biological family, the McGunigal’s and in 2002 with the support of his family, the miracle happened.  He met several aunts, uncles and as many as 125 cousins; now the family had grown and as a result, may trips and ventures were enjoyed as he and Judi reconnected to their newfound family.

The family wish to extend sincere gratitude to Dr. Levins, the 4th floor staff at SLGH for their kind and tender care of Wayne; a special thank you to the group at Fischer’s Funeral Services for their support and guidance!

A life well lived; thank you all for being part of Wayne’s journey!

The funeral/celebration of Wayne’s life will be held on Saturday, August 14, 2021 at 11am at Fischer’s Funeral Services.  In lieu of flowers, donations may be made to the charity of your choice.  Due to Co-Vid restrictions there will be no reception.