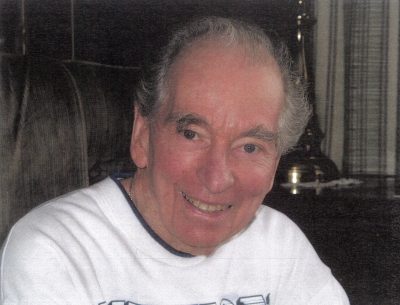 A service will be held on Saturday May 7, 2022 at 2:00 PM at Anglican Church, 170 Shuswap St. SE, Salmon Arm, followed by a tea and time to share your “Al” stories. The community is welcome!

Al Neale died in Salmon Arm after two days in hospital. He leaves a wide circle of friends, family and community who will both miss him and feel lucky that he touched their lives. He was a gentleman above all: kind, compassionate, generous, humble and social. Many of us will remember his great sense of humour and quick wit.

Al’s long, and well-lived, life began on March 25, 1925, when he was born to parents George and Betty Neale in Lethbridge AB. In 1954, he married Elizabeth (Beth) Hillier-Holt. They and their two children, Lisa and David, lived in Calgary where Al worked at various jobs. Al’s beloved wife, Beth, died in 1969 at age 41, leaving Al as a single parent of their young children.

In 1976, Al bought his home in Sorrento and became part of the community. He was an active volunteer and donor to many causes, including the Shuswap Branch of the BCSPC and the Shuswap Community Foundation. It was through volunteering that Al met, and fell in love with, his “dearling”, Beryl Herdan. They spent two decades together, traveling, dancing, volunteering, socializing and caring for each other. Sadly, Beryl passed away at home in February 2021 and Al’s life changed again. With his characteristic positive attitude, Al moved into Andover Terrace in August 2021 where he became a part of a warm and caring community.

Al was predeceased by his son, David (2011). He is survived by his daughter Lisa and her son Cody and David’s wife, Lorry, and their children Camron, Casey, Trinity, and Chelsea as well as great-grandchildren. Al will be missed by Beryl’s children: son Greg (Laura) Peterson and their children Justin, Nathan, and Katelyn; daughter Linda (Brian) Wallace and their son, Geoff; and daughter Pamela Davies and her children, Graham and Megan, and their families.

A service will be held on Saturday May 7, 2022 at 2:00 PM at Anglican Church, 170 Shuswap St. SE, Salmon Arm, followed by a tea and time to share your “Al” stories. The community is welcome!

Memorial donations may be made in Al’s memory either to the charity of your choice, or to the Shuswap Community Foundation (Shuswap Branch BCSPCA Fund) shuswapfoundation.ca