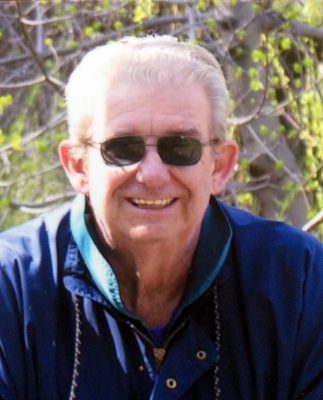 43 years as a Gary and Susan team – the last 6 months even more so. Daughters and sons in law were cheerleaders, and granddaughters extended joy. Multiple doctors joined the cancer fight. Grateful thanks also to paramedics, pharmacists and all the nurses who are ‘angels walking among us’ including palliative (Hospice).
Gary fell for Susan at Nabob Foods, and we joked for years that we were ‘attracted-opposites’. What he liked Susan tried – sailing, hobby farming, motorcycling, hiking, off road travel, and home renovations. What Susan liked he tolerated – politics, quilting, gardening, home decor. In common were love for their kids, grandkids and dogs.
Starting out in the RCMP (where we figure he learned not to back down from an argument),  then Labour Relations as a consultant (he was considered by unions and management to be the finest and most respected negotiator BC) and moving into corporate life he headed the relocation of BCAA Head Office (insisting on the province’s first in-house daycare centre for employees).
Glaucoma was relentless and in 2017 he was declared legally blind. Gary helped Susan battle her cancer and survive. But his was rare, aggressive and relentless and though he fought valiantly he had to break up the team.
Goodbye teammate and hero from Susan.  Goodbye Dad from Michelle, Stacey, Sarah.  Goodbye Grandpa Moose from Julia and Rebecca.  Goodbye Grandpa Gary from Zach and Joe. Goodbye to the best father in law from Maurice and Kevin. Goodbye dear cousin from Maxine and thanks for friendship from Bill, Larry and Elsie.