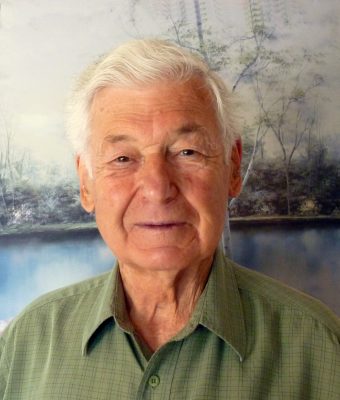 The family of Ben rejoices that he finished his race well on June 2, 2021 at the age of 89. He is now with his Lord and Saviour Jesus Christ whom he has served faithfully throughout his life.

Ben was born in Saskatoon, SK November 9, 1931, the eldest of 7. He spent his growing up years in Abbotsford, BC. After high school, he attended Briercrest Bible Institute and went on to Victoria Normal School. He started his teaching career in Terrace, BC where he met and fell in love with fellow teacher, Martha Harder. They were married August 22, 1957.

His teaching career started with high school PE and Sciences. After the family moved to Salmon Arm in 1967, he taught Grades 4-6 at Salmon Arm Elementary, South Broadview, South Canoe, Grindrod and Ranchero Schools. He retired in 1992. In their retirement, Ben and Martha enjoyed spending winters in California and travelling to many countries.

He pursued his love of athletics through senior’s softball, horseshoes, pickleball and table tennis. After learning to play pickleball in Palm Springs, he introduced the sport to Salmon Arm. Ben competed in the 2017 BC Seniors Games, winning bronze in table tennis in the over 80 men’s doubles.

Ben’s commitment to the Lord and his desire to serve Him was evident in his involvement over the years at Shuswap Community Church. He had a very soft heart for missions doing short term outreaches in Peru and Russia as well as volunteering at Gleaners and faithfully collecting socks, scarves and mittens for distribution in third world countries.

Ben is survived by his loving wife of 63 years, Martha; children Jan Peters, Carolyn (John) Schut of Salmon Arm, and Doug (Cynthia) Peters of Los Angeles. Grandchildren Josiah, Micah (Jessica), Nicola Schut; Olivia, Naomi and Elijah Peters. He will be dearly missed but we have the hope that we will see him again. 1 Peter 1:3-5

The family appreciate and sincerely thank Dr. Levins and the palliative care team for their loving care and support.

Donations in memory of Ben can be sent to the Great Commission Foundation in support of Doug and Cynthia Peters in inner city ministry of Los Angeles: gcfcanada.com/lacs/ select Doug & Cynthia Peters. Or to Shuswap Community church towards missions at www.aplacetobelong.ca