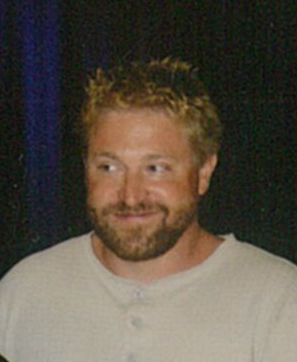 Celebration of Life will be held for Doug on August 6th from 1 pm to 4 pm at the Chase Creekside Center, 542 Shuswap Avenue, Chase, BC

It is with profound sadness that we announce the passing of Douglas Piggott.

Doug will be remembered for his love of hunting, fishing, biking, and camping.  Doug also enjoyed his time at Sun Peaks, where he worked on the ski hill and volunteered on the Fire Department.  He was also employed at Mica Dam as a custodian where he was regarded for his work.  For those that remember, Doug was a “neat freak”.  Most people will remember Doug for his Chatty personality; he was a social butterfly and had a great love for his friends and family.

Doug was the type of person who was always willing to help.  It didn’t matter if it was moving furniture or working on a friend’s vehicle, he always liked to be a part of things.  This being said, he would look for where the action was going on, he was a thrill seeker, always seeking out the next adventure!

Doug had a great love of animals.  In lieu of flowers a donation to the SPCA or Wildlife Federation in Doug’s memory would be a great way to honor him.

Our families will never be the same as Doug’s passing has left a huge void in our lives.  Part of us went with you ~ we love you Doug.

A celebration of life will be held at a later date.