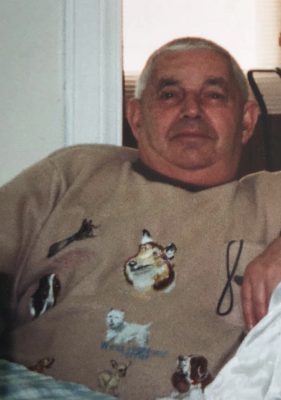 On April 19, 2020 Douglas (Scotty) Sangster passed away peacefully at the age of 87 with his daughters by his side.
Doug was born on April 14, 1933 in Scotland. He immigrated to Canada in 1957, returning to Scotland for a visit in 1962, at which time he met his future wife Florence MacPherson. They were married on June 21, 1963 in McBride, BC where they resided for 25 years. In 1988 they moved to Salmon Arm, BC.
Doug was predeceased by Florence in June 2008. Left to mourn his passing are his daughters Kathryn (Glen) Armstrong and Amy (Marvin) Kliewer. He will also be missed by his grandchildren Katelyn (Chantelle), Gregory (Whitney) and Graeme Armstrong and Douglas (Kim), Kimberly, Amanda, Travis, Luke, Bradley, Tanya, Colin and Peter Kliewer and one great-grandson Parker Kliewer. Also left to mourn his passing, in Scotland, are his sisters Pearl Grant and Nora (Alan) Murray and their families.
Doug will be remembered for his sense of humour and his exceptional bartering skills.
His family would like to thank Mt. Ida Mews staff for the compassionate care they provided to Doug while he resided there.
Details for a graveside memorial in McBride, BC will be provided at a later date.