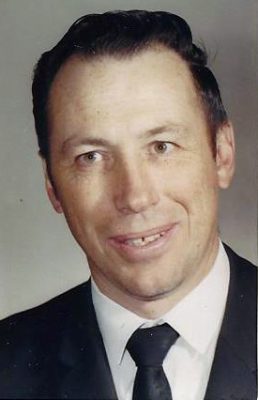 It is with deep loving reverence that the family of David Ernest Shunter announces his peaceful passing on March 24th in Cariboo Memorial Hospital shortly after his 89th birthday. He was born in Vernon B.C. on March 3rd 1931 to the delight of his loving parents Ernest and Florence Shunter.

Dave is survived by his loving wife Kathereen (Katie) (nee Hook). Both grew up in Creston and were high school sweethearts.

In 1974 Dave and Katie became longtime residents of Penticton B.C. and more recently moved to The Seniors Village in Williams Lake to be closer to his daughter Diane who, along with husband Tim, gave selfless and loving care on a daily basis.

Dave had a long and amazing life. His kindness and generosity always seemed to touch the hearts of those who knew him. He had a zest for living, learning, and finding the humour in life.

Over his decades as a teacher, and principal Dave touched the hearts of many students and teachers. He cared about everyone and was deeply interested in their lives and the lives of their friends and relatives. He would remember people and their families that he hadn’t taught or seen for 40 or 50 years.

He was a Principal for over 25 years before spending another 15 years as a Penticton School District Trustee. Mr. Shunter was always highly respected in all these roles, having a democratic style of leadership that blended compassion, understanding, and foresight. Referring to his last Principal position at Pen-Hi, a local historian went on record saying “He considers the years 1974 to 1987, under the direction of principal Dave Shunter, to be the school’s golden age.”

Dave had so many other great accomplishments that helped untold amounts of people. e.g. He was the force behind having degree granting status granted to Okanagan College and eventually UBC Okanagan in Kelowna. He was very proud that his grandchildren Trestan and Tanin benefitted from this, getting their degrees at those two institutes. He was equally as proud of the many ongoing accomplishments of Genevieve, Justin, Melissa, and Michael. This is what he lived for.

He also worked tirelessly as chairman for many Ministry of Education committees.

In Semi-retirement he very successfully headed the Okanagan Summer School of the Arts. This institution flourished under his 5 years as Head Administrator.

Music was always important in Dave’s  life and he instilled his great love of music on others. Music sessions were always a huge part of any get together of family and friends and not a time would go by without a request for talented son Wayne to play “Great Balls of Fire”.

Dave was the leader of the infamous Penticton Rube Band; the unofficial musical ambassadors of Penticton. They played parades, seniors homes, dances, fundraisers, and even got into a Jack Nicholson movie (The Pledge). They were comprised of great musicians, many who had previously played with famous groups. They thrived for over 35 years playing at over 800 charitable functions. (1976 – 2012). This fraternity of musicians had 37 members over the years. They had so many adventures and escapades that Dave wrote and published a book about them.

For many, decades Dave volunteered as a Rotary Club and Lions Club member and President. He was vice president of the Amigos of Mexico Club with Katie as the secretary-treasurer and his good friend Diego as president and cultural ambassador. For these, and his other community contributions, he was chosen the Penticton Senior Citizen of the Year in 2001.

The list of accolades and accomplishments goes on and on..

He loved and cherished his family and friends. He was an amazing, strong, and loving man and we all feel honoured and blessed to have shared his life.

*In these times of COVID 19, a funeral is planned for Penticton when circumstances allow. In the meantime, friends and family can connect to“Dave Shunter’s Celebration of Life” at the facebook link listed below:

If you would like to be notified when the memorial date is finalized you can stay in touch with the facebook group or send an email to murrayshunter@gmail.com