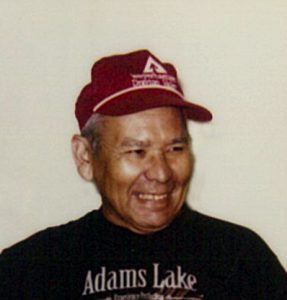 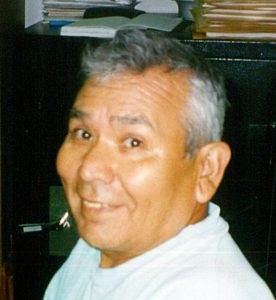 George was born in Kamloops, BC to Laura and George Lampreau.
George leaves behind his sisters Clara, Dorothy Ash, Gina, Hilda, and his brothers Larry, Ron (Marlene), Roy, Stanley and William.
George was predeceased by his sisters, Judy Miller, Ruth Ota and his brothers Ed, Frank, Howard, Johnny, Kenny, Roger and Seymour.
George’s wishers were to be cremated and we will be spreading his ashes in May 2019 at Tum Tum, one of his favourite places.
Marilyn Ota and her son, Ryan Matthew would like to thank everyone for their support during this time.  Special thanks to the staff at Hillside Village, LSIB Health Staff and Kristina John, Joan Arnouse and the Ternier Family.
Donations in George’s name may be made to the Skw’lax Daycare.