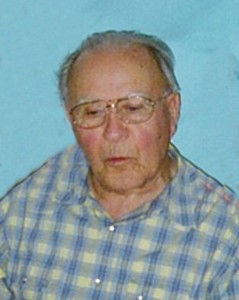 Nelson passed away peacefully at Bastion Place, Salmon Arm on October 21, 2015 after a short battle with cancer at the age of 98 years. He was born November 28, 1916 in Minadosa, Manitoba to Vitoria and George Smith.

Nelson and his wife Velma were very active in Camera and Naturalist Clubs and were founding members of the Salmon Arm Lions Couple Club. They both loved the outdoors and to explore.

Thank you to Dr’s Keith and Laura Hepburn and the Interior Health workers that took care of Nelson over the past few years and allowed him to stay in his own home. Also, a very special thank you to Carla, Annimiekia and Florence who enriched his life.