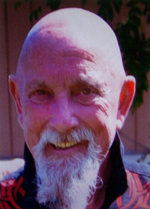 Gord, as he was known by family and friends, was born in New Westminster.

He was predeceased by his father Henry and mother Herta, step dad Morris Jopling and older brother Brian Swire. He is survived by his other half Pam, daughter Alexandra, grandson Shane, son Brandan (Tracy), granddaughter Sophia and also his son Michael (Tamara)  and granddaughter Gigi, grandchildren Victoria and Kai as well as his two favorite girls, Roxy and Tia.
Gord worked for several years at Esco in Port Coquitlam, and was also an avid fisherman, skeet and trap shooter, golfer, and kayaker and also greatly enjoyed woodworking in the winter but his greatest joy was riding his “Harley”.