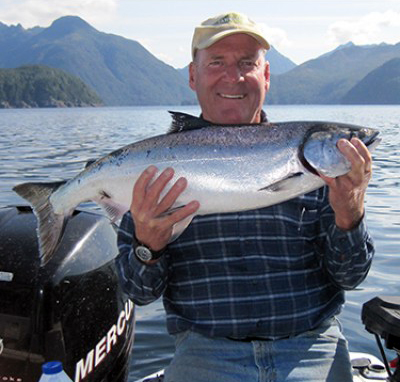 It is with great sadness that the family of Richard Ulmer announces his sudden passing on Saturday, Oct. 17, 2020, at the age of 77. Rick was born in Vancouver, BC on July 7, 1943 and along with his identical twin Bob, was one of five Ulmer boys.
Rick attended Aldergrove High School, where he and his brothers were notorious for getting into trouble, particularly on the school bus. After graduation Rick took college classes before beginning what would become a lifelong career in construction management.
In the winter of 1971 Rick was working on a project in Prince George when he had the good fortune to be set up on a blind date with Susan Bartleman. Despite a rocky first date, Rick continued to pursue Susan and less than a year later the two were married and starting a family.
In 1975, with two kids and another still to come, Rick and Sue settled on a 20-acre farm on Matsqui Prairie. During those years, Rick spent countless hours teaching his kids the values of hard work, dedication to family, and sacrifice.
The family moved to Kelowna in 1988 and settled into the community of Hall Road, where countless lifelong friendships were made by the Ulmers.
Though Rick had worked all across North America leading large construction projects and renovations in sawmills and mines, his most cherished professional accomplishment came in 2001 when he and Susan traveled to South Africa as part of an international team of experts put together by the United Nations to modernize the country’s sawmills.
Rick and Sue spent five incredible years in Sabie, South Africa before returning to Canada to build their dream home and retire at Mabel Lake. More recently, Rick and Sue had moved to Salmon Arm to be closer to their grandchildren and had the opportunity to enjoy their winters in Arizona with friends.
Rick spent his retirement years flying his beloved Cessna, gardening, handing out Werther’s to the grandkids, and most importantly, making Susan laugh every single day.
Rick will be forever remembered by his wife Susan, son Bradley (Colette), and daughters Sandra Major (David), and Christine.
He leaves behind three grandchildren: Peyton, Reese, and Tye, his brothers Howard (Darlaine) and Donald (Jacqueline), and numerous loving nieces and nephews. Rick’s parents Jean and Edward Ulmer predeceased him, as did brothers McClellan and Bob (Kirsten).
A celebration of Rick’s life will be held in the spring, or once gatherings are permitted again.