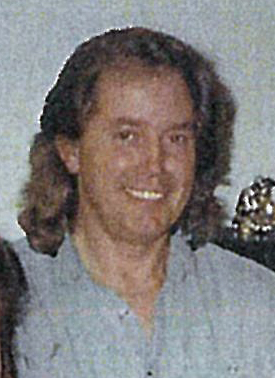 It is with a heavy heart that we say goodbye to an amazing man, loving and devoted husband, father, grandfather, son, brother, nephew, cousin and uncle.  He will be sorely missed by all who knew and loved him.
Wayne worked at B.C. Hydro for 36 years as a powerline technician.  He ran a crew putting up poles and running wire as a subforeman for many years.  He ended up leading the line room in duties, switching and working in the front office.  He retired in 2007 after a major heart attack that almost took his life.
Wayne had the driest, most delightful and hilarious sense of humor, and left us all with many funny and loving memories.  He was a true gentleman to those he loved and was not known to back down from a worthy opponent.  He loved the outdoors, loved back roading, camping, fishing, skinny dipping (haha).  He was a man of his word and would do anything for his family, a huge Elvis fan and could dance any dance; I hear they used to clear the dance floor for him.  That “Werk could Twerk!!” (haha).  His trademark was his infamous “eyebrows” who took on a life of their own, but “no one” was allowed to touch them!  He was witty and charming, loyal and a real man’s man.  He was true to his word and well respected and loved greatly by all who knew him.  Rest in paradise my beautiful husband Wayne.  I love you to the moon and back.
Predeceased by his father, Edward Werk, his mother, Florence Werk, his brother, Larry Werk, his sister Sharon Little, his son Adam Zimmer and pets Niko, Koda, Kyra, Taz, Sammy and Bear Dog.
Survived by his wife Arlene Werk, his daughters, Carol Zimmer (Doug), Christina Miller (Tyler), sons Lyle Leeson (Charlie), Dave Werk (Debbie), Roger Werk (Shelley) and grandchildren, Riley, Spenser, Evan, Elle, Brooklynn, Blake, Jaedynn, Aaliyah, Austin, Joshua, Krystal, Dustin, and his beloved dog Meka.
His wishes were not to have a funeral or service. At a post Covid date, there will be a small Celebration of Life at one of his favourite lakes or campgrounds to spread his ashes. It will be posted on Facebook when that time and place is ready. Donations can be made to the Heart and Lung Foundation.
Thank you to the paramedics, police and Fischer’s Funeral Home for their dedicated service and compassion.