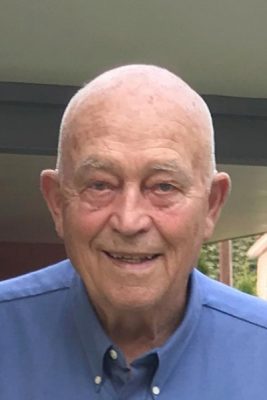 Dieter was born in Leipzig, Germany and was raised in an orphanage until his father and stepmother adopted him when he was 3 years old. He grew up in Dinglesdorf on the Bodensee, but the romance of cowboy novels and the dire conditions of post war Germany lead him on a journey to Canada. He eventually ended up in Edmonton and worked as a ranch hand.

Dad repeatedly told us that his chance meeting with Mom at the corner of Jasper Avenue and 97th Avenue was a miracle. A minute earlier or later, he would have missed the love of his life. They shared a memorable 66 years together.

His lust for adventure and the need for steady employment led his young family to Kitimat, BC. The amazing fishing, an outdoor experiences far outweighed the work conditions, incessant rain and isolation.

After several years Dieter packed up his family and headed east to Prince George. A carpenter by trade, he soon found employment at Northwood Pulp Mill. They spent 30 years in Prince George where Dieter was an active member of the Canadian Ski Patrol at Purden Provincial Mountain and a dedicated member of the Provincial Search and Rescue team.

It is here that he instilled in his family a lifelong passion of skiing and the great outdoors.

In the early 1990’s Dieter and Alexandra relocated to Salmon Arm, BC and loved every moment of their retirement. The area reminded Dieter of the Bodensee, and he loved picking cherries, apples and walnuts. They loved to fish and their Kokanee fry ups were legendary.

In his thirst for adventure, Dieter and Alexandra also spent winters in Mazatlan, Mexico for years, as well as visiting China, India, Europe, Bali, Cuba, cruising the Panama Canal, and exploring Canada and the US.