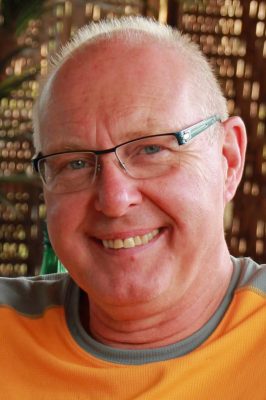 William Arthur Reimche, born in Penticton BC on February 19th, 1955, left us suddenly, and much too soon on September 7th, 2020.

Bill is predeceased by his father Arthur Reimche and both his mother and father in law Una and Charlie Duncan. He will be profoundly missed by his loving wife of 40 years Gail Reimche and there two children Kari Arruda (Marco) and Craig Reimche (Christi) as well as the lights of his life, his 5 grandchildren; Havana, Roman & Magnus Reimche and Charlotte & Lucy Arruda. He loved them all dearly and they always brightened up his day. Bill will also be deeply missed by his Mother Irene Reimche, brother Bob Reimche (Judy), sister Jan Benson, sisters in law Barb Haithwaite (Glen) and Donna Mayer (Roger). He also leaves behind many nieces and nephews whom he loved to have a good laugh with. They all loved their Uncle Bill.

Bill spent his younger years between Keremeos and Penticton, then moved to Kamloops with his wife Gail after they were married in 1979. This is where he spent the rest of his working years with Weyerhaeuser. After Bill retired, he and Gail moved out to the cabin he was building at Shuswap Lake in 2009. There he continued to work on his labour of love, the cabin with the most amazing view. He loved to sit on the deck and enjoy his morning coffee every day, even when the weather was too cold for sitting outside. He was happiest when he was around the water.

Bill was a man of honour and pride. He took pride in everything he did (especially the cabin). He was humble and more than generous with both his time and advice for anyone he met. His quick witted, dry sense of humour made him the life of any gathering, and he took every opportunity he could to “stir the pot”. Everyone has their favourite stories or jokes from Uncle Bill, which will continue to make us laugh.

He loved and cherished his wife, children and grandchildren beyond measure. To him family was the most important thing in life, and he loved nothing more than family gatherings at the lake. He believed in two things, he needed a boat the whole family could fit on together, and a dining room table big enough for everyone to sit together for meals, especially dinner.

Bill’s loved ones will gather privately at a later date to share and laugh together in their memories of this incredible man.

In lieu of flowers, donations can be made to the heart and stroke foundation.

Bill, Dad, Papa, you are forever in our hearts and will be missed more than you know.