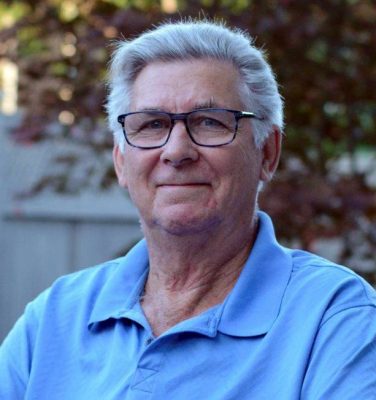 It is with heavy hearts we bid farewell to a man that had battled ALS since 2015. Bob passed away peacefully on May 10, 2021 at the Vernon Jubilee Hospital trying to recover from hip surgery while battling ALS. Born in Swan River, MB on November 17, 1944 to Harry and Gladys Blaylock who have both predeceased him. Bob grew up in Bowsman MB. Bob is survived by his wife Esther, daughter Kyla Fulton (Scott Fulton) grandson Rob Fulton(Brie-anne Lee Hammond ).

Bob grew up in the Lavender District near Bowsman MB with his brother Lorne (Pat), Larry (Audrey) Calvin( Debbie) on a farm in the area.

After high school Bob began his career as an auto body repair technician in Swan River MB. He continued his trade and then they moved to Quesnel, BC in 1970.

In 2005 they moved to Coldstream BC and then in 2018 moved into Vernon BC as the ALS progressed and was unable to care for the home and yard.

Bob always enjoyed curling and golfing which he was able to do for many years. The fun part was the good company, rum and coke which he always enjoyed. Bob will be remembered for humor, gentle kindness and calm personal personality.

Bob and Esther loved to travel. Many fun times in Mexico, Hawaii, Cuba, across Canada and cruises. When asked if there was a trip he would like to make if Covid wasn’t around, he replied, yes, Hawaii.

The ALS Society was a godsend, we always knew that equipment, support and group meeting were there to help him and the family. Many thanks to Home Care workers and IHA for their support and always being available.

We appreciate the care of doctors and nurses at the Vernon Jubilee Hospital as Bob completed his final journey in life.

In lieu of flowers, please make a donation to the ALS Society of BC.