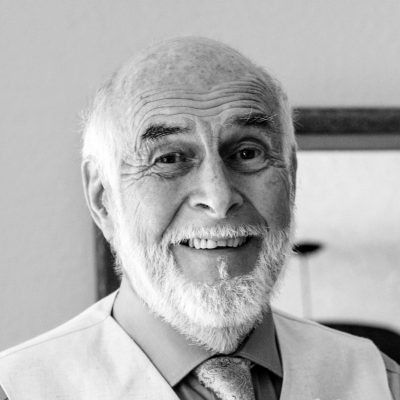 On Wednesday, August 5, 2020, with close family by his side, Ronn died as he had lived: with quiet self-determination, good-natured intelligence, and a generosity of spirit to all around him.

Ronn had enjoyed a long career working with IBM out of Vancouver where he was born.  After an early retirement, he and wife Deirdre moved to Salmon Arm in the early 90’s. Ronn proceeded to work for a time at Newnes, and later at Canada Post before truly “retiring”. Of course, he then needed a project to keep him busy; so, over time, he designed three residences and contracted them out to be built:  the first at Little White Lake, the second (a six-unit-strata complex) in Vancouver on the Kitsilano property that had long been his family home, and the third in Salmon Arm. As per his environmental interests and discerning eye, all three are “clean and green” and lovely to behold.

Ronn will be missed as the host of the Shuswap Food Action Society’s “Food Conversations” held at the college in recent years. In other settings, he will be missed for his thoughtful poetry — which he would read aloud at the drop of a (big, black) hat! And he will certainly be much-missed for his willingness and fine ability to fix whatever needed fixing, for anyone at any time.

He will be particularly missed by his warm community of friends and neighbours in the Shuswap, and sorely missed by his family. Predeceased by his younger brother Lorin, Ronn leaves behind his sister Sandy (Ed) Bridal; his adult children: Michael, Colleen (Bryan) and Darren (Kim); his three grandchildren: Elise (Adam), Ryan (Jenny), and Nigel (Carleen); and stepsons Georin (Andria) and Timothy (Melanie). It’s sad that great-granddaughter Freya and baby Belle won’t get to better know this wonderful man. And Shelley will miss him most of all.

Many thanks are extended to all who cared for Ronn over the past year and a half: Dr. Main and the crew in the Oncology Dept., the July staff at Shuswap Lake General Hospital, paramedics Tyler and Dan, the caring team at Bastion who made every effort to keep him comfortable during the last two weeks of his life, and in particular, family physician Dr. Warren Bell who administered the MAiD procedure, allowing Ronn to transition peacefully, fully conscious of the love surrounding him right up until the end.

Due to Covid gathering restrictions and Ronn’s wishes, no formal service will be held at this time.

Donations to Shuswap Hospice Society will be gratefully received.