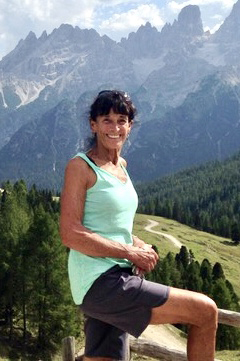 Anita Dehod passed away on July 23rd, 2020 at the age of 75 years old. Anita is survived by her husband Nestor, two sons Kevin and Arron, daughter in-laws Martina and Jen, grandchildren Jenna, Cole, Aiden and with another grandchild on the way.
Anita was born in Vermillion, Alberta on June 16th, 1945.  She moved to Edmonton, Alberta and became a registered nurse at the Royal Alexander Hospital.
Anita and Nestor met in Edmonton and were married in 1968.  They moved to Fort. St. John, B.C. in 1970 and raised their family; where she worked as an operating room nurse at the local hospital for 14 years and then as an RN for 5 years at a medical clinic.  Anita and Nestor moved to Salmon Arm in 1993 to retire and built their dream home in 1995.  In Salmon Arm she was an active member of the community and was frequently seen at the local gym, golf course, hiking trails, Sunday church services, and volunteering at the thrift store.  Anita’s most recent hiking accomplishments included reaching the summit of Machu Picchu in Peru and embarking on an expedition in the Dolomites of Italy.
Her gracious and outgoing personality was always present with everyone she met.  Anita was truly an eternal spirit that will never be forgotten.
The Family requests that all donations in memory of Anita be made to Shuswap Lake General Hospital.