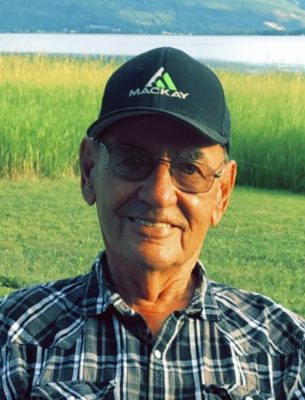 George Duncan age 89 passed away peacefully October 30th at his home in Sunnybrae with his daughter and sister by his side. Born July 18th 1932 in Prince George, BC. His early life was full of many adventures but his biggest adventure started when he met his wife Gladys and they began a beautiful family together. He was a devoted, caring and understanding father to his three children; Beverley Huppie, Bradley Duncan(Sylvia) and Gregory Duncan who was awaiting him in heaven, George is survived by his six grandchildren, five great grandchildren, brother and sister; Donald Duncan and Betty McDougall, as well as his many nieces, nephews, family and friends.   He was predeceased by brother and sisters; Jean Sewell, Cecilia Sidor, Evelyn Swanson and Jimmy Duncan.

George built numerous homes for his family, while continuing to work hard as a carpenter at various locations including the Prince George Pulp Mill, Mica Dam and ending in retirement at the Skimikin Nursery. His work ethic and skills were exceptional and he would always go out of his way to help family and friends.

George’s retirement years were spent with Gladys in their final home in Sunnybrae. Again they fixed it up and made the home and yard exactly what they wanted and never stopped enjoying it. George had many hobbies including; quadding, ski-dooing, mushroom picking, bird watching from his deck and always having something on the go in his shop. The two greatest passions he had were hunting, taking down countless moose to provide for not only his family but others as well, along with fishing many locations but Greeny Lake and the Skeena River held a special place in his heart.

George will always be remembered for being kind hearted, quick witted and having a sense of humor that could bring laughter to all. He will be missed profoundly by his friends, family and loved ones.

Thank you to Dr. K. Hepburn, Dr. Main, palliative care and the community nurses for their compassionate care.

In lieu of flowers, donations can be made to the Canadian Cancer Society, PO Box 3451, Salmon Arm, BC, V1E 4S2

A celebration of life for George will be held at a later date.