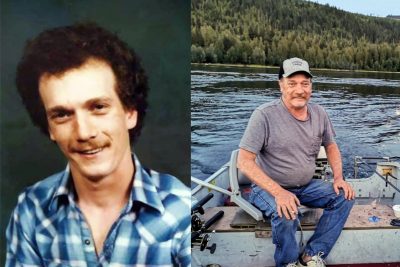 He was predeceased by his father Fredrick, sister Teresa (Ken) Peterson, wife Tammy Kent and brother-in-law Stanley Miles as well as Cali the cat (who survived and forgave him for helping her out of a tree she was once stuck in by cutting it down).  He is survived by: his mother Tessie Kent; son Michael; favorite daughter in law Stephanie; granddaughters Sylvanna & Abbie Kent; siblings Vanda Stocks, Debbie (John) Baird, Rick (Andrea) Kent, his loving spouse Deborah McCann and dog Roy.

Jimmie grew up in and lived most of his life in a pair of gumboots. His career in the dairy industry began before he was old enough to attend school, working alongside his parents and siblings on Len Bawtree’s farm in Ashton Creek. From there he worked his way from farm hand to herdsman to manager and eventually to his own dairy JDK Farms which he operated with his wife Tammy and son Michael.  There was pretty much no job too big for Jimmie to tackle or more often tell Michael to go do.

Among other things, he was an exceptionally kind, compassionate fun-loving gentle soul. Jimmie never held back from helping or teasing anyone. He allowed people to be who they were and seldom judged anyone unless they were mean or cheap. He didn’t hold grudges and would tell you off six ways to Sunday then show up the next time as if nothing happened. For the most part he was an extraordinary example of how people should treat each other.

Jimmie spent his last summer at Hidden Lake camping, fishing and laughing.  Leaving his family, friends, treasured granddaughters and buddy Mark Reilly with memories to keep in our hearts and make us smile whenever we think of him.