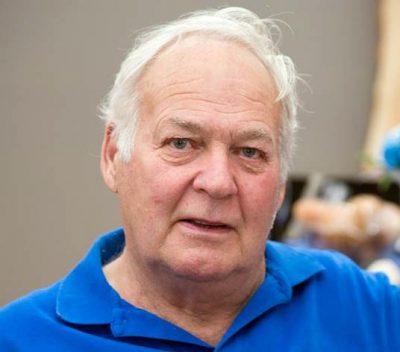 It is with deep sadness that we mark the passing of Gordie Markstrom in Salmon Arm, BC, on May 3, 2021, at the age of 79 years.

Gordie was preceded in death by his parents Mary and Henry Markstrom, his sister Sharon and his brothers Allan, Lorne and Keith.  He is survived by his beloved wife of 57 years, Maureen of Tappen, BC, his daughter Teresa (Sam) LeRose of Revelstoke, BC, his granddaughter Ally (Kyle) Chudyk of Langham, SK and his grandson AJ (Olivia) LeRose of Revelstoke, BC along with his great grandsons Toby, Ollie and Evan.

Gordie was born in Port Alberni, BC and he lived in various places in BC and in the Yukon.  His love of big trucks brought him to the mining and logging industries.  He was a miner/driver trainer and owned/operated Goldstream Trucking over 15 years.  Near his retirement he obtained his dream job as a caretaker of the Goldstream Mine north of Revelstoke.  He was called the ‘Swede’ by his co-workers and was a known troublemaker with his teasing demeanor.

A private family service will be held at a later date.

In lieu of flowers, donations may be made to Alzheimer Society of Canada.