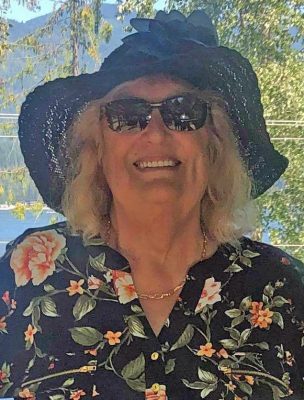 With great sadness we announce the passing of Jeannette Marie McEachern, (LeBlanc), (Wipfli) at the age of 74.

Jeannette was born to Laurie and Phyllis LeBlanc in Brighton, England and moved to Toronto, ON at 3 months. Her family then moved to Kitimat, BC in 1957 and it was there she met and married her husband Joe in December 1964, they had 5 children.

After separating in 1978, Jeannette and her children moved back to Kitimat. She devoted her life to raising her daughters and her son who had cerebral palsy. She was an extraordinary woman who dedicated herself to her family by making every occasion and event special, creating lasting memories.

She remarried in 1989 and remained in Kitimat until moving to Salmon Arm in 2005 to enjoy their retirement years. Jeannette leaves behind her loving husband of 32 years Ken, her four daughters Marie, Heidi(Cliff), Tina(Mike) and Laurie(Mark), 14 grandchildren, two great grandchildren and many friends.

She was predeceased by her son Joseph (Joey)Wipfli, her parents Laurie and Phyllis, her sister Simone and her brother Jean Paul. Jeannette loved travelling including cruising, Mexico, Las Vegas and her favourite destination Disneyland, especially when travelling with family and her grandchildren capturing all the special memories. Jeannette was a kind generous person who always had a smile and the time to stop and talk.

Her remains will be buried beside her son in Kitimat at a later date.