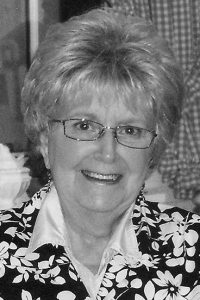 Born in Valleyfield, Quebec to parents Armour and Grazella Reid. Terry grew up with four brothers: Marselle, Jacque, Jean, and Pierre. They lived in a area where they became bilingual. This gave Terry a career advantage where she held high profile jobs.

Through construction jobs in the 1950 & 1960’s in Quebec, she met and married her husband Bob in a northern community in Quebec. Terry is survived by husband Bob, two daughters: Linda Zulinick and JoAnne McElroy, along with three grandchildren Kris, Morgan, Bailey Julinick, and one great-grandson Noah.

Terry’s passions were cooking and entertaining. She published two cook books leaving as a legacy . She was admired by her friends and family and will be greatly missed.