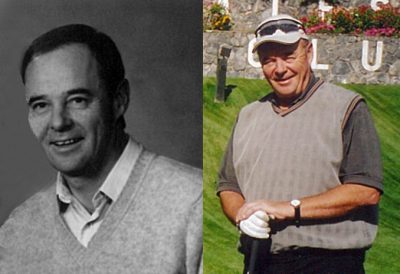 Sadly, after a long battle with cancer, Dan McGrath passed away at home on November 21, 2020 with his wife Janice at his side. He will be dearly remembered by his family and friends.

He is survived by his wife Janice, son Marc, daughter Melissa, his grandchildren, brothers Larry, Wayne and sister Carole.

Dan was born in Dodsland, Saskatchewan on April 9, 1942. He received his degree in Education from the University of Saskatchewan and Alberta. His teaching career was short, as he acquired a bug for flying. He obtained his commercial flying licence, then joined the Canadian Air Force to augment his flying hours required to join an airline.  He enjoyed a long career with Air Canada retiring as a Captain.

Dan moved to the Shuswap area in the early 90’s, enjoyed golfing with his buddies and was active in the men’s league at the SLE golf course. He served as president one year and managed the “skins” pot for years. May he now be winging his way to a better place.

Special thanks to Dr. Adriaan Louw and the Interior Home Health for the care they provided for Dan.

A celebration of life will be announced at a later date.