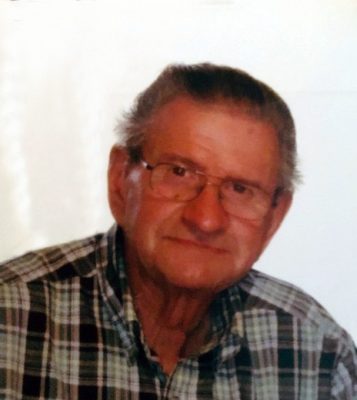 In Loving Memory of Raymond Robert Moser, we are saddened to announce his passing on April 15, 2022 at the age of 85 in Kelowna, BC.

Bob was born in Wilkie, Saskatchewan on December 2, 1936. He is predeceased by his father, Antone and step-mother Mary, his much beloved wife and mother of his children Grace “Bernice”, sisters Shirley(Scotty) and Bernice. Survived by his daughters Sandra(Ty) and Lynn, step-son Don, brother James(Olivia). He will also be fondly remembered and missed by his nieces and nephews, his good friends, as well as his dearest, Gladys.

Bob started his work life with Royal Canadian Navy in 1953 and was honourably discharged to join his young family late 1960. He was very proud of that time and spoke of it often.  Civilian employment included Dairyland and the then, Alberta Wheat Pool where he was aptly nicknamed “Boots” by work friends and was employed for a number of years.  In the 1970s Bob got involved in the propane industry with a friend of his and continued on in this field in different capacities and locations all over Western Canada, including the Sunshine Coast, Brooks AB, Hay River, NWT respectively.  Kamloops was where he finally left the propane industry and got into apartment complex management thru to age 65.  He moved to Kelowna, BC sixteen years later.

Bob made friends everywhere and will always be remembered as the man with a good heart, big friendly smile and cheerful, welcoming demeanour. Not often idle, he’d be busy fixing or working on something. He also loved to be outdoors camping and/or fishing whenever he got the chance.

A heartfelt thank you to all the medical staff and volunteers that assisted in Bob’s comfort and wellbeing up until he passed peacefully.

The interment will be at 1 pm at the Maple Ridge Cemetery, on Friday, August 19, 2022. A celebration of Bob’s life will be held the following afternoon at James and Olivia Moser’s home in Surrey, BC.

Please feel free to leave any messages and/or memories below if you wish.