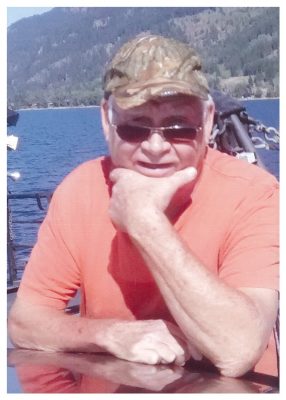 Robert Martin Noros passed away with his family by his side at Royal Inland Hospital, Kamloops, on Monday, July 5, 2021 at the age of 78 years.

Robert was born in Lulu Island (Ladner) on April 28, 1943 to Bjarne and Margaret Noros (nee Husband).  He lived in Ladner for several years where he enjoyed working with cars.  In recent years he rebuilt a 1952 Chevy Truck.

Bob lived and worked in Maple Ridge, BC and Renwar, MB.  On returning to Maple Ridge, he married Maureen Hartfiel (nee Kergan) in 1993.  Bob moved to Anglemont, BC to build a house for him and Mo.  He also supervised and worked on building a house for his sister-in-law Marlene.  Bob enjoyed gardening, canning, cooking, baking and many friends and neighbors received a loaf of his bread.  His vegetable garden is being tended by Mo with loving care.  Bob enjoyed his quad, would add a trailer to go into the woods near home to cut up logs for heat, go up the mountain with a group or down the road to visit friends.  Bob built furniture and additions to the house. He would take a slab of good wood and carve Loonie banks, woodpecker door knockers, Loon and Wolf napkin holders and Wolf figures and latest was bark skull masks – a truly great artist.  If anyone needed a tool or help Bob was there for them.  For several years Bob volunteered with the North Shuswap Lions at their barbeques and Children’s Christmas Party.

The family appreciate and sincerely thank Dr. VanWyck and the palliative care team on 5 South for their loving care and support.

We love you Robert.  There will be a family gathering at a later date.